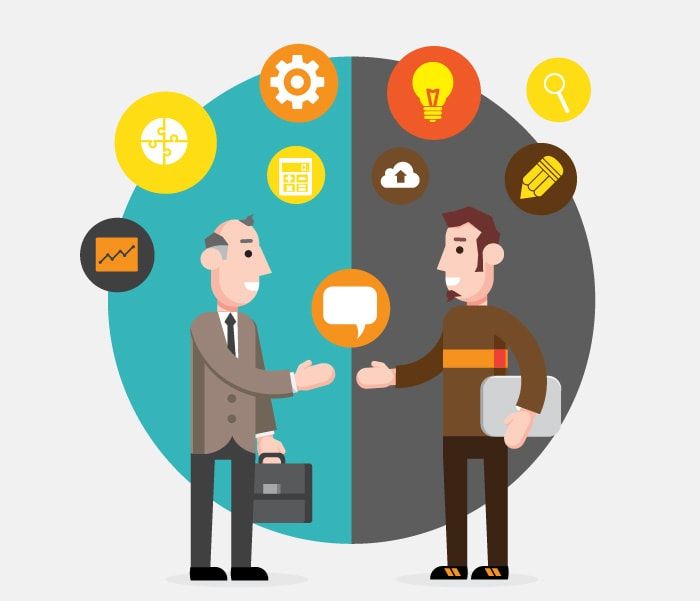 The Millennial generation is already leaving its mark on the workforce. Within just a few years, this up-and-coming generation will be the largest generational cohort in the economy. While a great deal of time and effort has been spent by business leaders trying to crack the code when it comes to managing and motivating Millennials, the real challenge is much more difficult : Today’s workforce is already multigenerational one, with members from five very different generations.

The generation into which one is born is an important factor when it comes to beliefs and behavior. We know that each individual is different but generational trends tend to mold one’s point of view on issues such as teamwork and the differences between the individual and society as a whole. Generations can also be thought of as occupants of certain age ranges or groups of individuals who share some similar circumstances and common experiences because they were born around the same time.

In the United States, generational differences are even greater than in other parts of the industrialized world. American social attributes such as individuality, self-expression, and economic stratification have led to faster and greater levels of political, economic, and social change than in most other countries. This leads to a distinct diversification of values and ideals, in which individuals who are close in age and with other common demographic factors can often possess radically different world views.

Generational differences lead to different perspectives depending on the generational cohort that each generation identifies with.


Each generation has a different attitude and set of values relative to work and career, which become infinitely more complex when these generations interact with each other in the workplace. Inter-generational workplaces can be impacted by both generational stereotyping, value assumptions, and communication breakdowns that would be far less likely to occur in groups where workers are closer in age.

Diversity in the workplace as a whole should be encouraged and the presence of strong leadership and an open and honest company culture can go a long way towards office harmony and effective teamwork. To achieve that balance is a tricky proposition; it is critical for leaders at all levels of the organization to develop a detailed understanding of these generational differences and how they impact the workforce.

Generations of the United States

In today’s society, people continue to work well into the later stages of life. Of the five working generations discussed below, the “Silent Generation” has little representation remaining in the American workforce. Yet the large and influential “Baby Boomer” generation continues to exist in the workplace setting the precedent for today’s younger working generations to continue working and to retire later than their predecessors. This is especially true given the economic realities of the Great Recession and the COVID pandemic on the earning and savings potential of younger generations, many of whom will never be able to afford home ownership or multiple children. Since generations that have retired and departed the workplace influence those that remain, generations should be defined and characterized, and their differences understood at a level of granular detail.

Born in and around the devastation and disruption of the Great Depression and World War II, the Silent Generation lived during a time defined by national unity, uncertain prosperity, and the later explosive growth of the economic middle class. Many in the Silent Generation worked their entire careers performing jobs in the manufacturing and industrial sector. They defined themselves by lifelong loyalty to their employers. Members of the silent generation believed in hard work, sacrifice for the greater good, and the power of a free market and the military-industrial economy.

The Baby Boomer generation evolved into two incongruent value sets that have come to be understood as the “Yuppies” and the “Hippies”. The Hippies were influenced by the rejection of both the Vietnam War and the social status quo. The Yuppies represented the social and economic status quo that was rejected by the Hippies. The first TV generation, Baby Boomers have a tendency to be self-centered, individualistic, and resistant to teamwork. Their intense drive and idealism helped them achieve the career advancement and economic leadership opportunities that were available to them during their peak earning years, but many Baby Boomers also squandered their earnings which left them under-prepared for retirement and their post-working lives.

This highly independent and hard-working generation grew up as more families saw their mothers join the workforce and dual-income households became commonplace. The Generation Xer’s are defined by the characterization of “latchkey children” who came home from school to empty houses and devised ways to feed, entertain, and generally occupy themselves without adult supervision. Their independence and individualism had a significant impact on the emerging world of computers and information technology. They enjoy learning, growing, and leading and have brought these values to their workplaces. However, their individualism may sometimes interfere with teamwork and effective communication. When their working lives are at variance with their values, the entrepreneurial tendencies of Generation X tend to take over with many of them leaving their corporate jobs to start their own businesses.

The Millennials are a generation characterized by a rejection of the individualism of the Gen Xer’s and a return to social conformity in part because of nurturing, highly-involved (“helicopter parenting”) Baby Boomer parents who maintained authority long into their children’s adult lives. Many Millenials feel great pressure to succeed and please their parents, squeezing in many activities and appointments via tight and meticulous scheduling. They are attracted to working environments that stress teamwork and they appreciate an open, relaxed work environment where their accomplishments are readily and frequently recognized.

The oldest members of this generation are very recent college graduates today, so a clear picture of their identity as workers has yet to form. Generation Z is a large generation that was born during the economic expansion of the late 1990’s and early 2000’s and will bring about a significant demographic shift as Latinx are represented in the US population in greater proportions than ever before. GenZer’s will likely be the best-educated generation ever. They tend to be cautious and hard-working, and they appreciate planning and structure in their personal and professional lives. Generation Z are the true masters of technology. They began using cell phones, computers, and other digital technology from a very young age, leaving traditional children’s games and toys behind.

Challenges of the Age-Diverse Workplace

It’s important to have clear ideas about how organizations can leverage their understanding of the complicated demographics of the today’s workforce into improved business and financial results. Although this can be a tremendous challenge, it is critical to view it through the lens of embracing change that is crucial to success in many of today’s businesses.

While just about everyone appreciates and needs clarity of the communications they receive from their managers and other leaders, their generational values influence the way they process and respond to information. Open channels for encouraging feedback should be created and communicated. Some generations, especially the younger ones, may be less willing to directly confront a superior or would prefer indirect channels such as written (or even anonymous) feedback.

One of the most obvious generational differences is between the ideal of “working to live” versus “living to work.” Older generations value a life-long relationship with an employer, with self-sacrifice and conformity being exchanged for social stability and financial security. Younger generations tend to view these working relationships as disposable. They value the opportunity to achieve work-life balance, but appreciate professional development with a clear trajectory of opportunity for advancement.

Autonomy is frequently referenced as an important component of job satisfaction, but Generation X is perhaps the last modern generation that prefers being largely independent in their work styles. Different generations have different ideas about when it’s best to play with the team and when it is better to do their own thing, and Millennials look to leadership for input and directions more than some of their older co-workers. Regular reviews and public recognition in the form of “shout-outs” can boost their job satisfaction and help establish their loyalty.

As American workers age, generational changes are inevitable. With an informed leadership approach, these changes can be positive and productive rather than negative and disruptive to business results and success. For more information about our workstyles and company Core Values, click here.